Indonesia and its solution to plastic 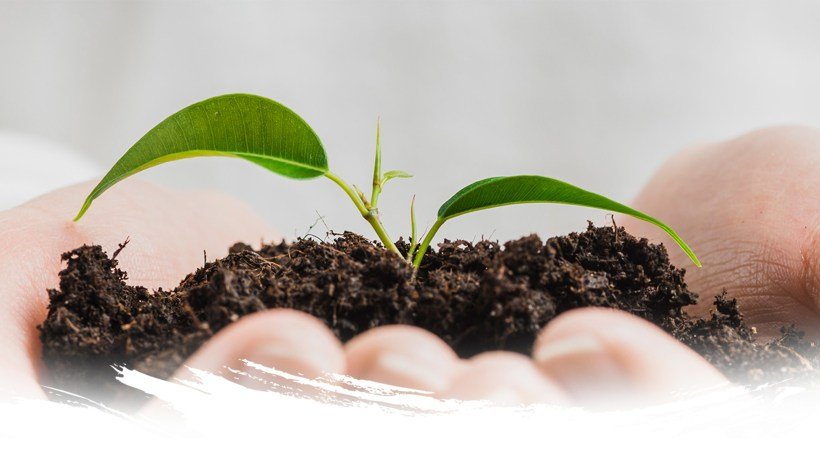 Indonesia and its solution to plastic

Did you know that Indonesia is the world’s second-largest plastic waste generator just before China? It releases on average 3.22 million tons of plastic waste into the ocean. This is not only shocking but the data from the Ocean Conservatory and the McKinsey Centre for Business and Environment pointed that more than 60% of ocean plastic pollution comes from Asia alone, including China, Indonesia, Philippines, Vietnam, and Thailand. With the flexibility of plastic, it can be produced into many different types of products. With the increasing amount of plastic pollution. People are now aware of the consequences and begin to deal with it more seriously

7 techniques to reduce plastic use

Take Indonesia for example. “Greenhope” founder Mr Tommy Tjiptadjaja, provided in an interview “A toxic love story”, a relationship between human and plastic being complicated because while it is very useful and somewhat necessary, the pollution and waste that come with it are severe. Greenhope launched “Ecoplas”, a biodegradable plastic made from 60% cassava and 40% degradable plastic. Ecoplas reduces greenhouse gas emission by 50% and just by burying it in the ground, the plastic decomposes naturally.

Other products are added with Oxium (oxo-biodegradable), a chemical that accelerates the degradation process of the plastic. Oxium is made with non-toxic natural minerals. Oxium degrades the chemical structure of the plastic to smaller molecules that can further be absorbed and consumed by microorganisms

Mr Tommy states regarding plastic pollution that it is a very big problem, bigger than any individual or government to handle. We all have to cooperate. Bring the available technology to help and start changing our behaviour with plastic and begin taking care of our environment.

Moreover, in Jarkata, Indonesia. It is a city where it doesn’t have a waste pool of its own. The city generates 8000 tons of daily waste, which would be transported to another city to be eliminated, in turn costing the country a lot of money to do so. The “open wind ground” idea is implemented to tackle the problem as they measured that more than 65% of the waste is organic which is not required to be buried and can be turned into fertilizers.

The solution to the ASEAN waste problem, half of the world’s plastic waste.
After the implementation of Open Wind Ground, each morning, around 4 tons of waste arrive to be turned into fertilizer. After 6 weeks, 400 kilograms of high-quality fertilizer are made and distributed to 100 locations around Indonesia, especially on the islands

Open Wind Ground also reduces the amount of the burial fire, a common occurrence in Indonesia. It also helps with an overflow and waste flooding into villages nearby as well. Even though Thailand is not capable of doing such things, but we can produce biodegradable plastic the is friendly to the environment
A single plastic bag that is not in our hands

When you buy an item, you would often get a bag for it. When you buy a lot of products, that bag becomes 2 or 3 and it scales up with the number of items you buy. Some of the bags are later used as a trash bag, but some would never be used again and just waiting there for disposal.

Many plastic bags, however, get thrown away and they get carried by the wind and end up in places. We will show you how this affects the environment around us.

Let’s see what happens when plastic bags are blown into the rivers or canals or the sea. Not only do they create a disturbing view, but they also cause water quality to plummet. The bags can get stuck or eaten by animals, causing more than 100,000 deaths annually.

Apart from turtles who are the main victims of pollution, there are some other marines and shore creatures such as fish, birds, reptiles. More than 800 species are threatened by plastic debris by consuming and tangling. Most of the debris are bottle caps, straws, grocery bags, bottles, and cigarettes.

A plastic piece and get stuck in draining pipes, causing overflow and flooding during rain and storms, damaging structures in the area. Blocked pipes can’t transport water to the farms and facilities causing cascade damage, ultimately costing the economy a toll.

Plastics that are left on the streets or in buildings stay as is forever without proper litter management. There are 2 ways to manage litter. 1) Separate plastic waste to be recycled and buried properly, which would take 500 years in the process. 2) Delivery the waste to the waste disposal plant. This way of elimination has a very high cost.

So, how about that? A single plastic bag that is not in our hands can cause many problems. There are 7.5 billion of us and we can pump out millions of tons of plastic waste. We are all responsible for slowing down this catastrophe.

I take 500 years to decompose, can you handle that?
I and my plastic friends are being watched carefully these days. Everyone wants me in very high demand. You can meet me anywhere, markets, grocery stores, and other places. Recently, there are some reforms and people are trying to eliminate me.

Plastics like me are by-products of the petroleum process. In the early days, people see my potential in strength, elasticity, and durability. They use me to make various products, making me the hottest material ever. Later on, people start to discover the consequences that I’m posing. Damaging marine lives and contaminating water sources

Now everyone knows my secrets. They are trying to get rid of me. But did you know? Doing that is not an easy task. I have more than 500 years of lifespan. Do you want to burn me? The gas I make will be collected in the atmosphere, heating up the globe. Burying me also takes 500 years before I die. You know, I’m quite tough

Just recently I have a new competitor, an alternative that people are leaning towards. The biodegradable plastic. This guy is like my cousin made from petroleum waste and the microorganism process. This allows the plastic to be biodegradable. Some of them come from plants. I’m telling you, if all people used this plastic instead of me, I would be extinct in no time.


Advance BIO on: What’s the difference between EDP and PLA plastics?
Have you ever wondered if the bioplastics and the eco-friendly types of plastic are actually good? Let’s get to know the PLA and biodegradable EDP plastics

Let’s start with the PLA or Polylactic Acid. It is made from sugar cane, corn, cassava, or other natural plants. The process starts off by grinding the plant into powder, then digesting the starch into sugar, fermented with microorganisms until we have Lactic acid.

This is a similar process for making beer. We turn Lactic Acid into Lactide using chemical reactions. Then we create a string of Lactide and we get ourselves the PLA. We control how long to what shape of the PLA we want. We can use PLA to produce plastics items, the same goes for petroleum plastic.

Even though PLA has some good benefits such as made from plants and being degradable, it also has some disadvantages. PLA is more fragile and has limited uses. If PLA is used as a film for flexible packaging, it needs to be mixed with plasticisers or other kinds of polymer to add more elasticity.

PLA is not very resilient to heat. The heating process before shaping up the plastic could damage the substance. PLA in the polymer form is very fragile and making it into a film is difficult and stable. Despite PLA being considered eco-friendly, it does take a while to decompose. People misunderstand that plastic that comes from plants should degrade naturally, which isn’t the case with PLA. It requires a fermentation process in a fertilizer plant to turn it into fertilizer. Humidity, heat, and oxygen are carefully controlled for PLA to break down, otherwise, it won’t turn into fertilizer.

EDP (Environmentally Degradable Plastic) is a type of plastic that can naturally degrade. The composition is designed to degrade when exposed to the environment such as acid, water, air, sunlight and enzymes from microorganisms, all of this causes changes in the chemical structure of the plastic that can be consumed by microorganisms and digested into biomass with byproducts such as carbon dioxide and water.

To change the chemical structure of the plastic. A leavening agent is used to make normal plastic degradable. The process takes place when shaping up the polymer. This technique is very popular in Asia and the Middle East. EDP is sometimes dubbed as the “Eco plastic”. It can naturally degrade within just 5 years.

This is the difference between PLA and degradable EDP from Advance BIO. Our plastic is made from special material with new structures, allowing it to naturally degrade when exposed to natural environments such as UV, heat, humidity, wind, or water. The microorganisms will consume the degraded plastic and turn it into biomass. At Advance BIO, we produce truly biodegradable plastic.

Advance BIO on: What’s the difference between EDP and PLA plastics?

Have you ever wondered if the bioplastics and the eco-friendly types of plastic are actually good? Let’s get to know the PLA and biodegradable EDP plastics

Advance BIO on: What’s the difference between EDP and PLA plastics?

What actually is a degradable plastic. We have an answer at Advance BIO

Technology has improved tremendously. Plastics are injected with an agent in the production phase to allow the composition to be degradable.

What actually is a degradable plastic. We have an answer at Advance BIO

Nowadays cafes are getting more and more popular for customers of all ages. The issue is that cafes usually serve their products in plastic packaging, with most of them being a single-use kind of plastic.